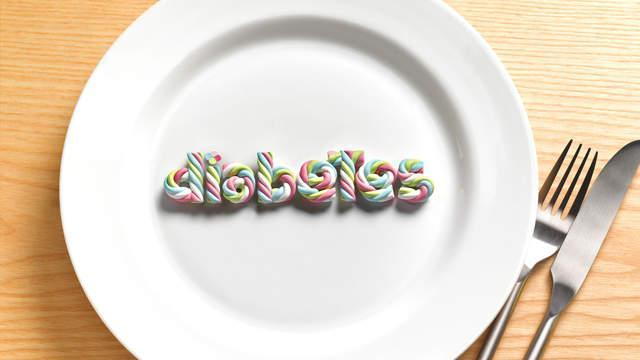 Diabetes is growing at an alarming rate. This special report will expose you to the field of functional diagnostic medicine and share how one man was able to reverse his diabetes and improve his health

Steve had been an all-star football player when in his prime. Matter of fact he was groomed for professional ball but unfortunately was permanently side lined as a result of a knee injury. That was 24 years ago. Steve still on occasion likes to get out a throw a few with his boys, but these days his football activity pretty much consists of sitting on the couch (beer in hand) and watching television. Yes, he still gets excited about his favorite team, the Oakland Raiders, scoring a touchdown but he has to be careful not to get overly stimulated. You see, Steve was just recently diagnosed with Type II diabetes.

He knew his weight was on the high side tipping the scale at around 255 at a height of 5'10. His family was also worried about his short temper. Not like Steve to "blow his cool". Around six months ago, he complained to his wife that he couldn't shake his fatigue. Even after 7-8 hours of sleep, he still was fighting to stay awake at the office. Steve had a feeling something was wrong when he needed to be close to a bathroom during most of the day. In fact, during one of his more important business meeting, he just about... you know what… in his pants. Steve had always heard that drinking water was good for you, but this was rather odd. Sometimes called the CamelMan (could go all day without water or a beverage), he didn't care or simply just forgot to drink. But this was different… real bizarre. Steve just couldn't get enough to drink.

Being the "keep to yourself" type of guy, Steve, passed these symptoms off as just a phase. He just knew "it was nothing to be alarmed about".

Not one to see a doctor, he secretly scheduled himself an appointment. On the day of his visit with Dr. T, he was feeling queasy and having cold sweats. Maybe I'm having what they call "the white coat syndrome" Steve thought to himself.

With a friendly and caring demeanor, in walks Dr. T. With 25 years of experience under his belt, Dr. T immediately observed something he had seen a thousand times. Steve may not have realized it, but he was a ticking time bomb ready to explode at any moment.

A quick check of his blood pressure read 220/105. Dr. T called his nurse and requested she do a Finger-Prick Test and a standard urine analysis on Steve. In the meantime, Dr. T carefully examined Steve's eyes. Using drops to dilate his eyes, Dr. T was not surprised when he discovered that Steve's retina had micro-hemorrhages and leakage all so common in diabetic patients. When Dr.T 's nurse returned, she gave him an affirmative nod, indicating the tests were indeed positive. Steve's urine revealed high levels of glucose (sugar) and ketones. Even more concerning, the finger-prick test showed a casual glucose level of 280. Considering the optimal levels should be between 80 to 140, Dr. T was alert to Steve's situation. In addition to a full physical examination, Dr. T had three vials of blood drawn and ordered a comprehensive blood assessment. He made sure his nurse added a Hemoglobin A1c (HbA1c) sometimes referred to as Glycated Hemoglobin. This was all done stat!! (Stat refers to having the test results done immediately sometimes within a few hours)

Steve could sense something was obviously wrong and sat with some degree of anxiety (not like Steve to get nervous) as Dr. T explained his findings. Dr. T expressed his concern that the initial findings all indicated that Steve was suffering with Diabetes and that treatment needed to begin at once.

What seemed like a few minutes added up to 3 hours, by this time, Dr. T had Steve's blood test in hand and quickly took note of the elevated glucose at 210 and triglycerides at 462. To add insult to injury, Steve's Hemoglobin A1c (HbA1c) was 12.2.

The glycated hemoglobin test (HbA1c, also called “hemoglobin A1c” or “glycohemoglobin”) is an important blood test to determine how well your diabetes is being controlled. The test provides an average of your blood sugar measurements over the past six to twelve weeks.

Hemoglobin is a substance within red blood cells that carries oxygen throughout your body. When the level of sugar (glucose) in your blood is too high, the sugar binds with the hemoglobin. When this happens, your hemoglobin is “glycated”.

When your diabetes is not controlled (meaning that your blood sugars are too high) sugar builds up in your blood and your hemoglobin becomes glycated. If your sugar levels have been high over recent weeks, your HbA1c test will be higher. The HbA1c test offers a picture of what your blood sugar control has been like over the course of the past three months or so.

For people without diabetes, the normal range for the HbA1c test is between 4%-6%. The goal for people with diabetes is to have an HbA1c less than 7%.

People with diabetes who are on insulin should have this test every three months. The test should be performed no sooner than every six months.

As Steve listened to Dr. T reviewing his findings and explaining the treatment, he began thinking about his life and family and wondered how in the world was he going to make these changes. He was hoping this was just a bad dream, but unfortunately it wasn't.

Over the next few weeks, Steve was getting used to checking his sugar (never liked the idea of getting his finger stuck) and taking the prescription Glucophage. He even began walking and watching his diet. With the help of his wife and children, Steve was on his way and happy to see his glucose levels improve; 85, 78, 91, 81 not bad he thought.

Three months into treatment Steve was questioning his doctor about alternative treatments and was wondering if there was something that could be done to figure out how this happened in the first place. Dr. T was quick to discount anything other than FDA approved medications. Like a father lecturing his children, Dr. T held to his belief that alternative treatments were not part of traditional medicine and that Steve should simply place his trust and confidence in established medicine.

As the months marched on, Steve happened to see a television show in which a medical physician was being interviewed by a respected newsperson. This physician was explaining things that were contrary to what Steve's doctor had told him. He went into depth about the possible causes of diabetes and shared his successes using medically proven natural treatments (yes medically documented). He discussed the importance of having special tests done in order to determine why one developed diabetes and how a person can actually reverse it.

Steve was glued to the television soaking up every word this physician said. He thought just maybe there really was something that could stop this dreadful disease.

Steve was 9 months into treatment and he began to realize that diabetes had its share of complications with cardiovascular disease at the top of the list.

Steve was excited about the potential of uncovering the possible causes of his condition and approached Dr. S's plan like a man being given a second chance in life.

Three weeks after completing his last test, Dr. S had finally gathered all the results and was prepared to present his diagnosis and treatment plan.

Steve decided to bring his wife to meet Dr. S and get her support. Steve's wife was a little on skeptical side, although she did believe in her husband. She felt it was the right thing to do to at least go with him just in case.

Dr. S entered the room and proceeded to share the information he had obtained from the tests. First thing on the list were the results of Steve's mineral tests. Low levels of magnesium, chromium and zinc stood out like a sore thumb.

Steve's oxidative stress profile was quite shocking revealing Free Radicals out of control.

Last of the tests was the testosterone. At 50% of normal, Dr. S realized the serious impact this had on Steve's health and ability to maintain glucose (sugar) metabolism.

After a 90 minute consultation, Dr. S carefully outlined his treatment recommendations and placed Steve on a specific low glycemic diet. He encouraged Steve to purchase the book called the "Glucose Revolution" and follow the diet plans. Finally, Dr. S prescribed therapeutics doses of essential minerals as noted on Steve's lab tests. A low dose of testosterone was also administered.

Steve was encouraged to keep a journal and carefully log what he ate for 21 days. Developing a new habit takes a consistent effort and Dr. S found that having his patients keep a journal led to a higher compliance rate and of course a greater percentage of success.

Steve was to remain on his medication for the first few weeks and then be re-evaluated. As was expected by Dr. S, Steve's glucose and Hemoglobin A1c (HbA1c) plummeted. Although this would have been good when not taking any medicine, it did present a problem when on medicine. As a result of Dr. S closely monitoring Steve's labs, he was able to make the appropriate adjustments in his medication. Within 6 weeks, Steve was completely off his meds and was to continue with the nutritional protocol as outlined by Dr. S.

Three months after beginning Dr. S's protocol, Steve's glucose, Hemoglobin A1c (HbA1c), triglycerides were remarkably improved. Steve constantly had to remind himself that this was all without medication. He felt wonderful, lots of energy… a new man… and a new lease on life.

Steve admitted unfortunately, it had to take something major like be struck down with diabetes to wake him up to the importance of making health a personal responsibility.

Yes, Steve, stills watches football and on occasion will have a beer, but these days he can be seen working out at the local gym 2-3 days a week, enjoys eating nutritious foods and has even thought of trying out for the Oakland Raiders.. (just kidding :-)

Call us at (609) 484-9300.
Or visit the link below to schedule an appointment.
http://www.drgitto.com/hylnet/clientapp/appointmen...
You can also visit us on the web at www.drgitto.com/

We can help you live an active-healthy lifestyle and enjoy every season of life.

Disclaimer: We do not directly dispense medical advice or prescribe the use of herbs or supplements as a form of treatment for illness. The information found in this Newsletter is for educational purposes only and to empower people with knowledge to take care of their own health. We disclaim any liability if the reader uses or prescribes any remedies, natural or otherwise, for him/herself or another. Always consult a licensed health professional should a need be indicated.